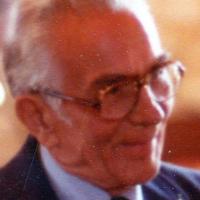 The Life Summary of Reinhold Hermann

Put your face in a costume from Reinhold Hermann's homelands.

Murray City Park was established in 1924. The grounds were chosen to surround the Little Cottonwood Creek.

Reinhold traveled across the ocean from Germany to New york in 1914 on the ocean liner "Pres Grant". He was 11 years old and he traveled all alone. the family that was sponsoring him to come to Ameri …