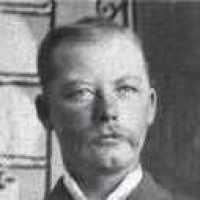 Joseph Anderson - from an interview of his son, Jesse Anderson

My Father, Joseph Anderson, who was born in 1872, was the youngest child of Thomas Christian Anderson and Sidse Nielsen. As I mentioned earlier, Mother came over in 1885 with her half-sister, Matilda …