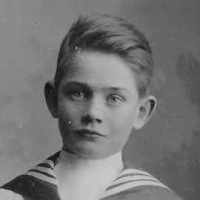 The Life Summary of Earl Reed

Put your face in a costume from Earl Reed's homelands.

Bountiful's Main Street was the first road in Bountiful to be paved with asphalt and cement. With this improvement to the roads, more citizens began to buy vehicles.

Austin Bennett (37) came to Canada, he said, in the hope that his sons might become something more than barbers. Many rough men came into his barbershop in Lehi, Utah and Austin did not want his child …