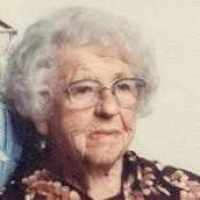 Jesse Stoker and Lettie Matilda Hammon Stoker, settled Roy. Hard working, resourceful farmers are a few ways to describe them...They raised 11 children and built their first home in 1900. The Stoker farmland stretched from 4800 over to 5600 and down to the railroad tracks. At the time,...Jesse, felt there was plenty of land to go around so he and his brother, Lorenzo, gave a portion to Roy City to use for a cemetery. In the north east corner, there is a monument telling the story of Lorenzo and Jesse and the land they gave.

The Eighteenth Amendment established a prohibition on all intoxicating liquors in the United States. As a result of the Amendment, the Prohibition made way for bootlegging and speakeasies becoming popular in many areas. The Eighteenth Amendment was then repealed by the Twenty-first Amendment. Making it the first and only amendment that has been repealed.
(1997: 2209;2007: 4462; 2010: 5868)English: habitational name from any of various places called Cowley. One in Gloucestershire is named with Old English cū ‘cow’ + lēah ‘woodland clearing’; two in Derbyshire have Old English col ‘(char)coal’ as the first element; and one near London is from Old English cofa ‘shelter, bay’ (see Cove ) or the personal name Cofa. The largest group, however, with examples in Buckinghamshire, Devon, Oxfordshire, and Staffordshire, were apparently named as ‘the wood or clearing of Cufa’; however, in view of the number of places called with this element, it is possible that it conceals a topographic term as well as a personal name.Irish: shortened form of Macaulay (see McCauley ).

FRANKLIN WASHINGTON COWLEY This history is found in a book of remembrance of Grant Albert LeFevre, collected by Carrol Vilate Cowley LeFevre. It is a handwritten history and I (Stacie LeFevre Glad) w …