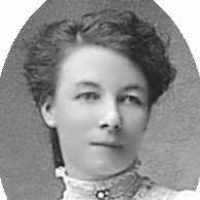 The Life Summary of Hessie Henrietta

Put your face in a costume from Hessie Henrietta's homelands.

(1997: 6411;2007: 13869; 2010: 18896)English and German: from the Middle English and Latin personal name Silvester ‘dweller in the forest’ (a derivative of silva ‘wood’). The name was borne by three popes, including a contemporary of Constantine the Great, and seems to have been first used in England by clerics.

My memories of Grandam Joos

When Ray and I were first married Grandma Joos lived in Draper Utah. We would always stop to say hi if we were in Salt Lake. She would always want to feed us. We would say we were fine but before w …