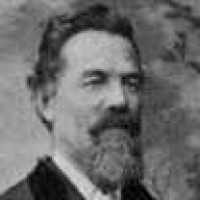 The Life Summary of Wilmer Wharton

Put your face in a costume from Wilmer Wharton's homelands.

ELIZABETH FISHER BRONSON Elizabeth Fisher was born August 14, 1846, at Fremanna, Ireland, a daughter of James and Mary Douglas Fisher who were English converts to the Latter-day Saint Church. Her pa …