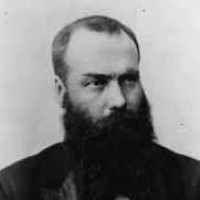 The Life Summary of Henry Eyring

Put your face in a costume from Henry Eyring's homelands.

English and Scottish: occupational name for an archer, hunter or soldier armed with a bow, from Middle English bow(e)man, bouman (from Old English boga ‘bow’ + mann ‘man’). This word was distinguished from Bowyer , which denoted a maker or seller of bows.Americanized form of German Baumann or the Dutch cognate Bouwman .

Historical Background which led to the Mormons leaving Mexico, by Keith Bowman KWD6-5P5

OPPRESSION BRINGS ON REBELLION by Samuel Keith Bowman, Dublan Mexico, August 20, 2003 Each of us that are born in the world bring with us deep within our being a feeling of self worth and an inheren …