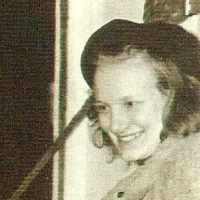 The Life of Britta Elisabeth

Put your face in a costume from Britta Elisabeth's homelands.

There are many things I could say about Grandma. I will share a few of the things that stick out in my mind. When my sister and I were little and we would go visit her at her house in Sandy, UT she'd …