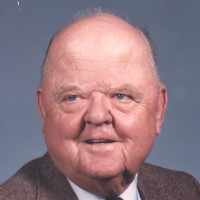 The Life Summary of Howard

Put your face in a costume from Howard's homelands.

Transferred use of the surname of an English noble family. The surname has a large number of possible origins, but in the case of the noble family early forms often have the spelling Haward, and so it is probably from a Scandinavian personal name derived from hā ‘high’ + varðr ‘guardian’. (The traditional derivation from the Old English name Hereweard ‘army guardian’ is untenable.) It is now a widespread given name.

My Life Story by Howard Albrechtsen

I was born December 13, 1915 on a farm about two miles east of the town of Emery, Utah. I am the ninth child and seventh son of Severen and Mary Christensen Albrechtsen. At my birth there was only …