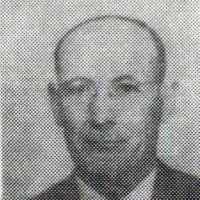 The Life Summary of James Alma

Put your face in a costume from James Alma's homelands.

The Gift and Power of Healing

From the history of James Alma Banks "[When] my sister Emily Myers Banks [was] a young lady, [she] had a stroke and couldn't walk or talk for three or four days. On Sunday just before meeting time …