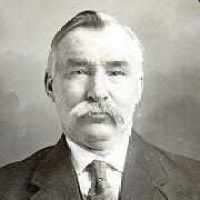 When John Adamson was born on 22 May 1849, in Muirkirk, Ayrshire, Scotland, United Kingdom, his father, Robert Adamson, was 42 and his mother, Margaret Millar Murdoch, was 36. He married Margaret Murdoch on 16 January 1879, in Salt Lake City, Salt Lake, Utah, United States. They were the parents of at least 4 sons and 2 daughters. He died on 29 October 1915, in Carey, Blaine, Idaho, United States, at the age of 66, and was buried in Carey, Blaine, Idaho, United States.

It is with a very humble and grateful spirit that I attempt to relate, by request, a personal experience which is very sacred to me. I must be brief! There were certain things made known to me which …