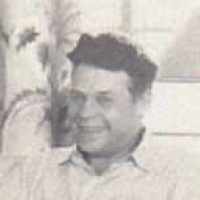 The Life Summary of Linden Louis

Put your face in a costume from Linden Louis's homelands.

A Brief History of Lindon Lewis Anderson by his Grandson, Terry Kardos.

Attached is a photo of my grandfather taken around 1960. This was his campaign photo. He won the election as a Placer County Supervisor. He had the Anderson gift of gab and could talk other counties i …