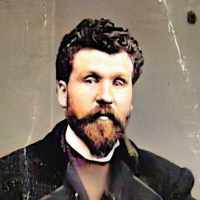 The Life Summary of Daniel Sinclair

Put your face in a costume from Daniel Sinclair's homelands.

Annabella Sinclair was born April 20, 1812 in Killin, Perth, Scotland, the second of six daughters and one son born to Daniel and Ann Campbell Sinclair. By the time Annabella was a teenager, the fam …