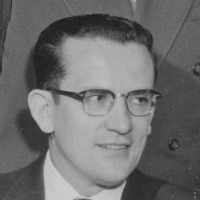 The Life Summary of Arthur Elden

Put your face in a costume from Arthur Elden's homelands.

Back of the Moon

Written by A. Elden Ball Property for "Back of the Moon" was purchased from Joseph and Bertha Newton, August 5, 1946. 7.3 acres were purchased for $400. Construction on the cabin was begun one week l …