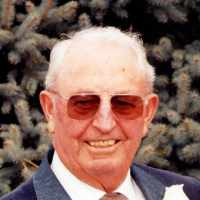 The Life of Leo Calder

Put your face in a costume from Leo Calder's homelands.

LEO CALDER TELFORD 1921-2002 Sharing His Memories In July of 1996, the Mike Telford Family was meeting in Jackson Wyoming for a family get-together. Leo’s granddaughter April and her husband Brett pi …