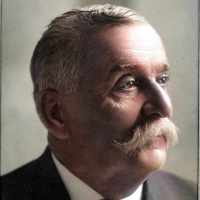 Put your face in a costume from Gideon Moore Halsey's homelands.

LIFE HISTORY OF BYRON EDWARD MUMFORD 1882 -1975 I was born February 11,1882 in Mill Creek, Salt Lake County, Utah. I was the sixth child of twelve children born to Gideon Moore Mumford and Martha Ele …