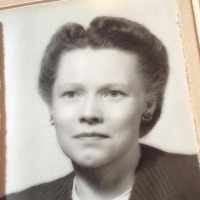 The Life Summary of Verda

Put your face in a costume from Verda's homelands.

On November 6, 1906, I was born in Eureka, Utah. Father was running the Union Dairy. Mother wanted to move back to Santaquin, where they were both born and raised and where our folks were all liv …