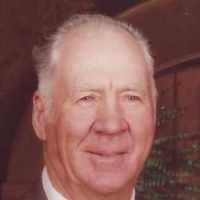 The Life Summary of Wilford Walter

Put your face in a costume from Wilford Walter's homelands.

(1997: 47739;2007: 103730; 2010: 142601)English: from the Middle English and Old French personal name Pai(e)n, Pagen (from Latin Paganus), a fairly common personal name among Normans. It derived from a word that originally meant ‘villager, rustic’, later ‘heathen’, but it had doubtless lost these connotations in its use as a late medieval personal name. This name has also been established in Ireland since the 14th century.History: Thomas Payne, who was a freeman of Plymouth Colony in 1639, was the founder of a large American family, which included Robert Treat Paine (1731–1814), one of the signers of the Declaration of Independence. See also Paine .

The story of a quilt… This quilt was made for Mom’s and Dad’s (Edith Misseldine and Wilford W. Payne) wedding on December 15, 1939. Yes, that was 80 years ago. While we are sure that the quilt was ma …