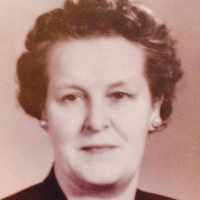 In April 1987 Stella wrote down memories of her mission experiences. The memories were not typed sequentially, but in most cases she stated where the events occurred. I have separated her accounts by …