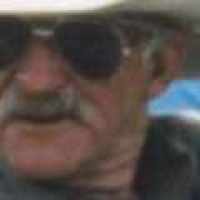 Put your face in a costume from Glen Sherman's homelands.

The Star-Spangled Banner is adopted as the national anthem.
1 English: topographic name for someone who lived near a chapel, from Middle English chapel(l)e ‘chapel’, via Old French, from Late Latin capella, originally a diminutive of capa ‘hood’, ‘cloak’, but later transferred to the sense ‘chapel’, ‘sanctuary’, with reference to the shrine at Tours where the cloak of St. Martin was preserved as a relic.2 Americanized spelling of French Chappelle .

A party was given in honor of Miss Laverda Okerlund Wednesday evening at the home of Mr. and Mrs. Elmer Taylor on their ranch near here, by Miss Emma Wood. Luncheon was served and games were enjoyed. …