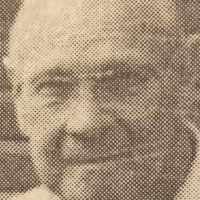 Put your face in a costume from Fred James's homelands.

Farmington City purchased a building built in 1907 to use as City Hall. The building is now the Farmington Historical Museum.

Pioneer monument, honoring Captain Daniel Davis from the Nauvoo Legion, was built.
English: occupational name for a scribe or secretary, originally a member of a minor religious order who undertook such duties. The word clerc denoted a member of a religious order, from Old English cler(e)c ‘priest’, reinforced by Old French clerc. Both are from Late Latin clericus, from Greek klērikos, a derivative of klēros ‘inheritance’, ‘legacy’, with reference to the priestly tribe of Levites ( see Levy ) ‘whose inheritance was the Lord’. In medieval Christian Europe, clergy in minor orders were permitted to marry and so found families; thus the surname could become established. In the Middle Ages it was virtually only members of religious orders who learned to read and write, so that the term clerk came to denote any literate man.