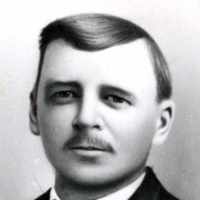 The Life Summary of Samuel Sidney

Put your face in a costume from Samuel Sidney's homelands.

Samuel and Parents With Jolley Company (1852)

Samuel and his parents (Sidney and Harriet Vincent Baily) are not on the roster for this company. However, since his parents are seen in the Provo 2nd Ward, along with his grandparents (Daniel and Eli …