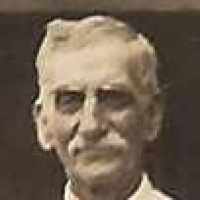 English: habitational name from any of numerous places called Sutton, named with Old English sūth ‘south, southern’ + tūn ‘farmstead, estate’. The English surname is also common in Ireland (Wexford, Kildare), where it has been established since the 13th century and Gaelicized as de Sutún.Jewish (from the former Ottoman Empire, including Syria): unexplained.English: topographic name from Middle English (bi) suthentune ‘(at the place to the) south of the village’.

Grandpa was born the 2 Oct 1848 in Stratford, Essex, England. His parents Henry and Elizabeth Ford Sutton joined the LDS Church in 1849. Their 3 sons all were baptized at age 8 years. June 3 …