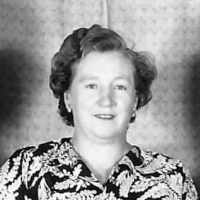 Put your face in a costume from Alta Viola's homelands.

On September 20, Utah Light & Traction Company discontinued its street car services for Davis County. It operated for 12 years and helped many people get from city to city without any problems. During the next month all streetcars were converted into a bus system to help people that couldn't afford their own vehicles.
(1997: 41247;2007: 85126; 2010: 114940)English (of Norman origin), French, and German: from the personal name Giselbert, composed of the ancient Germanic elements gīsil ‘pledge, hostage, noble youth’ (see Giesel ) + berht ‘bright, famous’. This personal name enjoyed considerable popularity in England during the Middle Ages, partly as a result of the fame of Saint Gilbert of Sempringham (1085–1189), the founder of the only native English monastic order.Americanized form of one or more similar (like-sounding) Jewish surnames.