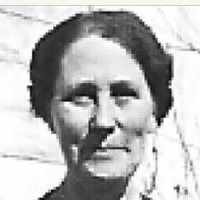 Put your face in a costume from Rosezina's homelands.

After three prior attempts to become a state, the United States Congress accepted Utah into the Union on one condition. This condition was that the new state rewrite their constitution to say that all forms of polygamy were banned. The territory agreed, and Utah became a state on January 4, 1896.
1910 · McKay-Dee Hospital Opens its Doors

Life History of Rosezina Ward Cox I was born in a one-room log cabin on Oct. 1, 1885, in Salem, Fremont County, Idaho, to Sennie Dorothy Nielson and George P. Ward. My father, who was born in Newboro …