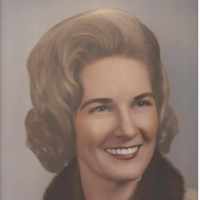 Put your face in a costume from Maurine's homelands.

Being supported through Salt Lake City taxes, Hogle Zoo has been at its present location at the mouth of Emigration Canyon since 1931 on land donated by Mr. and Mrs. James A. Hogle. In 1936, the zoo purchased Princess Alice, an elephant, from a traveling circus. She gave birth to the first elephant born in Utah. His name was Prince Utah and he died at eleven months old. Current exhibits include various birds, mammals, and reptiles from around the world.

The North Atlantic Treaty Organization is an alliance between 29 North American and European countries. The agreement of the alliance is to help defend each other if attacked by an external country. The last country to enter was Montenegro in 2017.
Southern English: patronymic from the personal name Robin .

My Aunt, Maurine Robins Stees Robins died from Pulmonary fibrosis. She had a secondary disease which took her life which was a heart attack. Together with not getting enough oxygen and her heart faili …