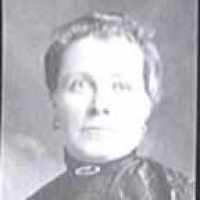 The Life Summary of Ann Priscilla

Put your face in a costume from Ann Priscilla's homelands.

English (southern): from the Middle English personal name Gerad, a variant of either Gerald or Gerard .

Ann Priscilla Garrett She and her family came on the ship Arkwright in 1866. They likely traveled in the Daniel Thompson Company. Her brother, James, who had traveled to Utah a few years before, was …