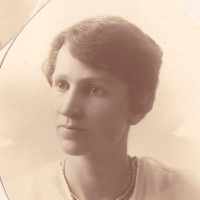 The Life Summary of Lorana

Put your face in a costume from Lorana's homelands.

Sudan is governed by British-Egyptian rule.