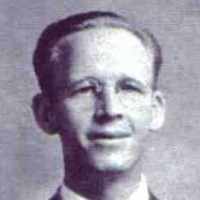 The Life Summary of Howard Monroe

Put your face in a costume from Howard Monroe's homelands.

The Voice of An Angel

As a child I remember my Grandpa Andersen sitting me on his lap and singing a German folk song called Du Du Liegst Mir in Herzen. He was so soft spoken and had the voice of an angel. I loved listenin …