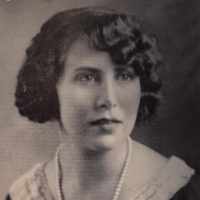 The Life Summary of Amy Ruth

Put your face in a costume from Amy Ruth's homelands.

Amy, daughter, is missing from this family picture

The day this picture was taken was close to the same day Amy, daughter, delivered a baby boy, Clair. This is why she was not in the picture. Uncle Clyde was leaving for the service. There was a news …