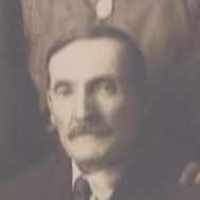 The Life Summary of Charles Roberts

Put your face in a costume from Charles Roberts's homelands.

English: habitational name, usually from Bredbury (Cheshire), occasionally perhaps from Bradbury (Durham), although evidence for the latter origin is yet to be found. Both placenames meant ‘stronghold or manor house built with planks’, from Old English bred ‘board’ + burg in the dative case form byrig.

As she told to her daughter Nancy Livingston March 27, 1921 to May 31, 2008 Some Childhood Memories I was a happy child. I have good memories of my childhood. I was born in Brigham City, Utah and m …