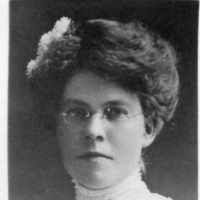 The Life Summary of Hilda Amelia

Put your face in a costume from Hilda Amelia's homelands.

In the words of Karen Adele Allred, great granchild of John and Anna: Hilda Amelia Carlson Allred is my Swedish grandmother. Both of her parents (John August Carlson and Anna Britta Lundstrom) wer …