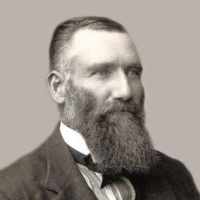 The Life Summary of Arthur Benjamin

Put your face in a costume from Arthur Benjamin's homelands.

Stories about Charles William Penrose, from the Clark family and others

[Note: These are excerpts from Clark family records, and other sources, concerning Charles William Penrose, who was the LDS Missionary who taught the Gospel to the family of Daniel and Elizabeth Gowe …