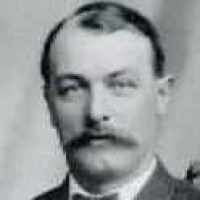 The Life Summary of Burton Samuel

Put your face in a costume from Burton Samuel's homelands.

German: from a short form of Rupprecht . Compare Roop , Roup , Roupe , and Rupe .

Transcription of "A Missionary Blessing" given to Burton Samuel Rupp by Apostle George Teasdale om 21 October 1896 in the Historian's Office.