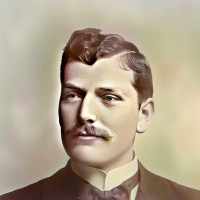 The Life Summary of Alma Andreas

Put your face in a costume from Alma Andreas's homelands.

German: variant of Burgner and, in North America, possibly also an altered form of this. The surname Burgener is very rare in Germany.

Experiences of Elder David Hirschi which includes the conversion and baptism of some of the Edward Durtschi Family and many other people who are known to the Durtschis and other relatives. Compiled b …