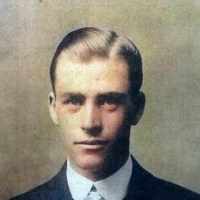 The Life Summary of Henry Samuel

Put your face in a costume from Henry Samuel's homelands.

English: from the personal name Florence, used by both sexes (from Latin masculine Florentius and feminine Florentia, from florens ‘blooming, flowering’ and ultimately from flos, genitive floris ‘flower’). Both Latin names were borne by several early Christian martyrs.English: habitational name from Florence in Italy, originally named in Latin as Florentia.French: from the female personal name Florence (see 1 above).

“Dado's Father, Henry Samuel Florence was a man full of service and kindness also. One Sunday when we attended church with him, it was winter and very cold outside, he went to get his coat off the coa …