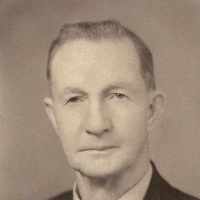 Prohibits the federal government and each state from denying a citizen the right to vote based on that citizen's race, color, or previous condition of servitude. It was the last of the Reconstruction Amendments.
1877 · The First Stake was organized in Bountiful

Thirty years after the foundation of Bountiful, the first stake was organized by Heber C. Kimball and is still functioning today with eight wards being affiliated with it.
1890 · The Sherman Antitrust Act