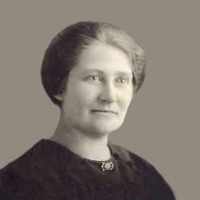 The Life Summary of Lavern Olivia

Put your face in a costume from Lavern Olivia's homelands.

My Life Story by Lavern Albrechtsen A HAPPY CHILDHOOD My days as a young child were very happy. They began in Mayfield, Sanpete County, Utah, on August 21, 1887. I was blessed October 6, 1887. At t …