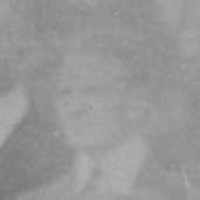 The Life Summary of Lester Samuel

Put your face in a costume from Lester Samuel's homelands.

English: from the Middle English and Norman French personal name Humfrey, from ancient Germanic Hunfrid, Humfrid, composed of the elements hūn- ‘bear cub’ + frithu ‘peace’. The name was borne by a 9th-century Christian saint, bishop of Therouanne, who had a certain following in England among Norman settlers.