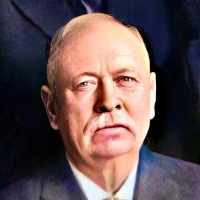 The Story of my Life by Ardella Laird Park

Snow was whistling outside and the wind made a dismal howl that cold November 14th in 1906 when a baby girl was born in the new house on the Laird Ranch at Dubois, Idaho. The weather had been beautif …