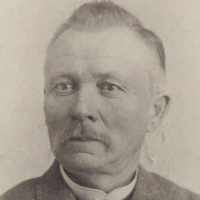 When Carl Christian Nicolai Dorius was born on 5 April 1830, in Copenhagen, Copenhagen, Denmark, his father, Nicolai Dorius, was 25 and his mother, Ane Sophie Christoffersen, was 19. He married Elen Katrine Bentsdatter or Rolfsen on 11 April 1857, in Liverpool, Lancashire, England, United Kingdom. They were the parents of at least 1 son. He lived in Copenhagen, Denmark in 1840. He died on 4 March 1894, in Ephraim, Sanpete, Utah, United States, at the age of 63, and was buried in Ephraim, Sanpete, Utah, United States.

Put your face in a costume from Carl Christian Nicolai's homelands.

Some characteristic forenames: French Gratien, Philomene, Solange.German, Romanian, French, and West Indian (mainly Haiti): from the Late Latin personal name Darius, Greek Dareios, which was borne by various kings of ancient Persia, including Darius I (522–486 BC ). The ancient Persian form of the name was Darayavahush, meaning ‘possessor’, from daraya(miy) ‘possess, maintain’ + vahu ‘good, well’. This became accepted as a Christian name in medieval Europe in honor of a saint martyred at Nicaea at an uncertain date.