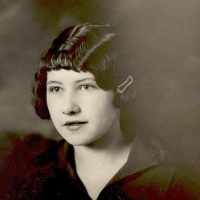 The Life Summary of Elva Jean

Put your face in a costume from Elva Jean's homelands.

English:variant of Stubbe with plural or post-medieval excrescent -s.perhaps occasionally a topographic name from Middle English stub(be) ‘tree stump’ + hous ‘house’, used for someone who lived in a house by a tree stump.