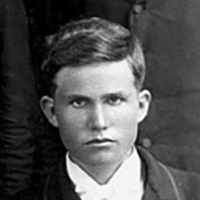 The Life Summary of Thomas Cottam

Put your face in a costume from Thomas Cottam's homelands.

A Dagger in the Moonlight

Two of my older brothers, Miles and George had leased a portion of the Williams' ranch adjacent to Cave Valley in northern Chihuahua, hoping to find ready market at the mines for all the vegetables th …