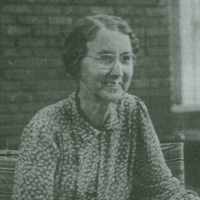 The Life Summary of Lydia Ann

When Lydia Ann Naegle was born on 3 April 1879, in Toquerville, Washington, Utah, United States, her father, John Conrad Naegle Sr, was 53 and her mother, Pauline Beck, was 32. She married Thomas Cottam Romney on 12 December 1899, in Oaxaca, Bavispe, Sonora, Mexico. They were the parents of at least 3 sons and 5 daughters. She lived in Kane, Utah, United States in 1880 and Alberta, Canada in 1916. She died on 18 May 1945, in Independence, Jackson, Missouri, United States, at the age of 66, and was buried in Wasatch Lawn Memorial Park, Millcreek, Salt Lake, Utah, United States.

While working with the "Education in Zion" project for BYU, I compiled short excerpts about Thomas Cottam Romney from his book "A Divinity Shapes Our Ends." Following is an introductory summary and t …