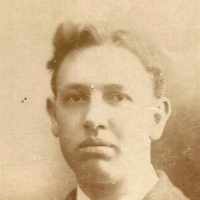 The Life Summary of Edward Parry

Put your face in a costume from Edward Parry's homelands.

Mission Journal of Edward Parry Cox "May this contain a record true of what I see, dear world, in you." "Victory," Pernell Street Enmore, Sydney, New South Wales, Austrailia May 20, 1908 Missionary …