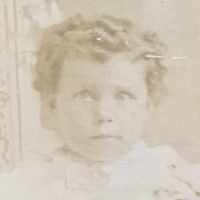 The Life Summary of Eliza Cordella

Put your face in a costume from Eliza Cordella's homelands.

English and Irish (mainly Donegal): of Norman origin, a habitational name from from one or more places in Normandy named with Old French bois ‘wood, grove’, especially Bois-Arnault and Bus-Saint-Rémy (Eure), and Bosc-le-Hard (Seine-Maritime), each of which is known to have given its name to an aristocratic Norman family in England. The name was taken by the Normans from England to Ireland, where it was also adopted to Anglicize Irish Ó Buadhaigh (see Bogue ).English: variant of Bush , influenced by Old French bois in 1 above, or else a translation of this term.Americanized form of French Bois .

True to his Word

March 16th 1916 Thomas married Eliza Cordella Boyce,-- (Cora) in the Salt Lake Temple, He was Forty years old and Cora was Twenty four. Tom had made a promise, gave his word, to his dying fa …