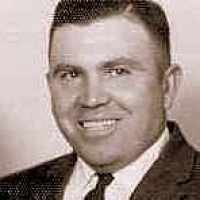 The Life Summary of Jay T

Put your face in a costume from Jay T's homelands.

English: habitational name from the district on the south coast of Cumbria (formerly in Lancashire), earlier Futharnes, so named from the genitive case (Futhar) of Old Norse Futh, meaning ‘rump’, the name of the peninsula, formerly of an island opposite the southern part of this district + Old Norse nes ‘headland, nose’.English (of Norman origin): occasionally perhaps a variant of Furneaux (see Furnace 2). The two names were sometimes confused.Norwegian: old variant of Furnes (and, in North America, probably also an altered form of this), a habitational name from any of various farms, particularly in Møre og Romsdal, named Furnes, from Old Norse fura ‘pine’ + nes ‘headland’.