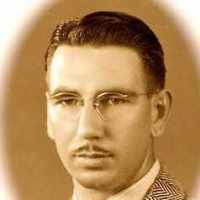 The Life Summary of James Logan

Put your face in a costume from James Logan's homelands.

English: from Middle English be(e) ‘bee’ (Old English bēo), hence a nickname for an energetic or active person or a metonymic occupational name for a beekeeper. Compare Beeman 2.Americanized form of Norwegian Bye .

“MY BROTHER” I have s loving brother That sometimes does things he hadn't otter. He works, worries and doesn’t skip the stress; This leaves us baffled and his health in a mess. When at six months h …