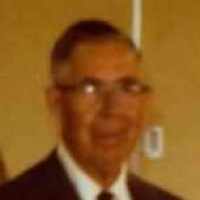 The Life Summary of Vernard Lester

Put your face in a costume from Vernard Lester's homelands.

1945 New Year's DAy. January 1, 1945. Grandma and Granddad Martin have been staying with us over the holidays. They left today by train for San Jose, where Ethel and Vern Beckstrand will meet them. Th …