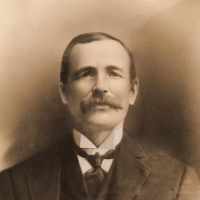 When John Taylor McDonald was born on 13 November 1854, in Old Monkland, Lanarkshire, Scotland, United Kingdom, his father, Edward McDonald, was 33 and his mother, Elisabeth Janet Cullen, was 29. He married Catherine Zacher on 3 November 1878, in Salina, Saline, Kansas, United States. They were the parents of at least 6 sons and 3 daughters. He died on 21 May 1902, in Roy, Weber, Utah, United States, at the age of 47, and was buried in Hooper, Weber, Utah, United States.

My father, John Taylor McDonald ws born November 13 1854 at Lendrick County, Calder Parish, Scotland. His father was Edward McDonald and his mother Elizabeth Kellen. His parents joined the Church in …